Mokkan is wood which mostly was used about from the 6th century to the 8th century. Mokkann is  ancient paper. People wrote letters on it and sometimes they drew pictures. A lot of pieces of  mokkan have excavated. They were used as label, notes, letters, and so on.

These are real mokkan. They are about 1200 years old. You can look at kanji characters. 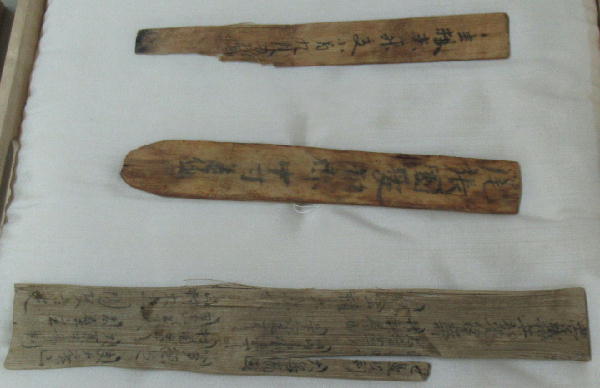 They were excavated in Heijokyo in Nara. Heijokyo was Japanese capital in the 8th century. And now there is the historic park there. This is restored gate. 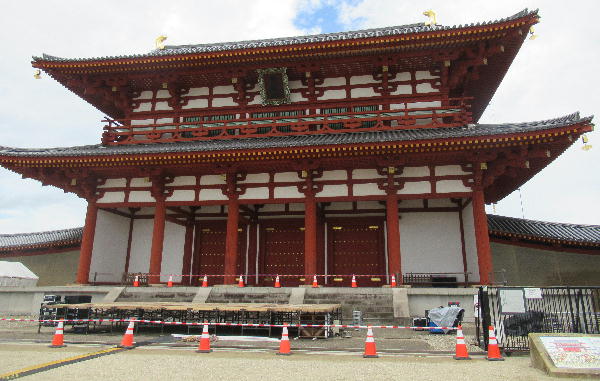 I joined the project,” Let’s go seeing Mokkan in Nara! 2019″, which was held at Heijokyo with my mother and Hiromi. We saw a lot of mokkan there. We were just walking in the historic park on this photo.

If we want to see mokkan, we have to go to a museum and look at mokkan in glass cases. But this time we were able to look at mokkan directly as exception. In addition, we touched mokkan! We experienced some work to conserve mokkan.

First, we saw real mokkan that was found in Heijokyo. Then, we experienced to change water of mokkan. Many pieces of mokkan were put in water to preserve them and the water must be changed for new water once a year. 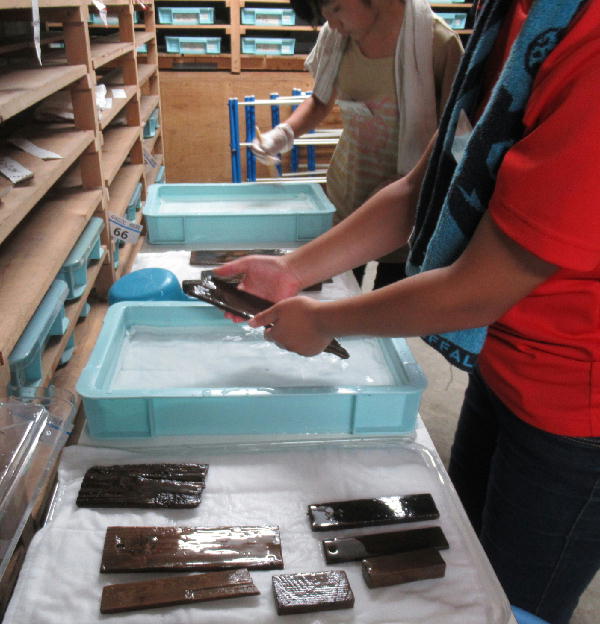 Also, we experienced to sort and clean relics including mokkan that were brought from excavation site. Many of relics were seeds, wood, and leaves. On this picture we were just sorting them.

We were just cleaning them. They are very fragile, so we had to handle with care. 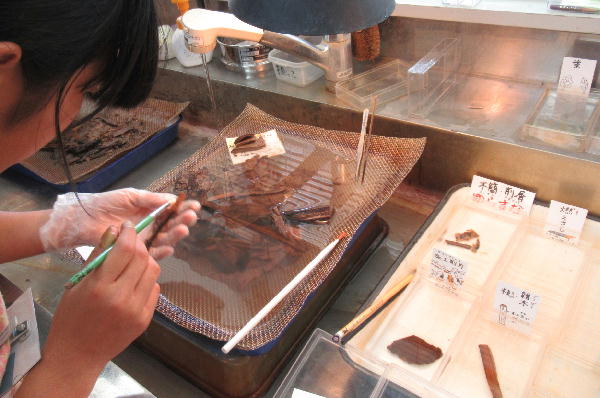 We had a very good time. I thought it is hard to excavate and preserve mokkan or other relics. But it is interesting, too.